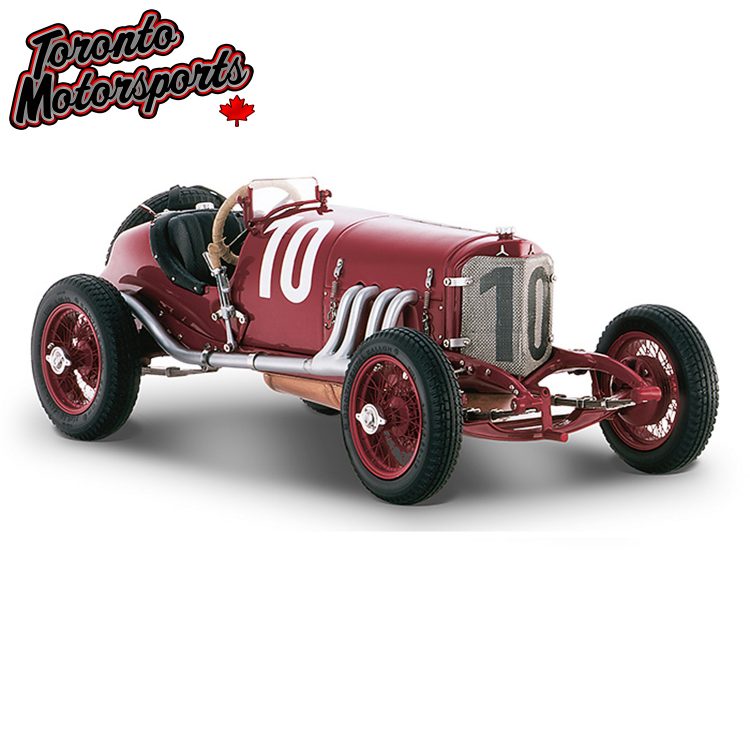 Because of increasing market demand for replicas of the 1924 Targa and Coppa Florio winner, CMC has decided to introduce a remake of this gem of model making. Unlike the previous version, the remake is equipped with an external gasoline line. It will come with the Item No. M-203 so that you have a second chance to complete or upgrade your collection of CMC models with this coveted item.

For the development of a race car for the 1924 Targa Florio, Ferdinand Porsche was appointed the new chief designer at Daimler-Motoren-Gesellschaft. Under his peronal direction, the 1923 compressor engine was carefully studied and then modified with a series of ground-breaking innovations. As a result, its maximum output was increased to 126 hp (later up to 150 hp).

On April 27, 1924, racing against the toughest competition, Christian Werner drove his two-liter su-percharged Mercedes with starting #10 to a double victory at the Targa and Coppa Florio in Sicily. His teammates Christian Lautenschlager and Alfred Neubauer finished 2nd and 3rd for the Targa Florio and then took 10th and 13th places respectively for the Coppa Florio.

The Mercedes race cars wore an unusua livery for these two races. Instead of the white German racing color, they were painted a red Italian racing color. With this move, the Mercedes pilots were able to steer clear of possible stone throws from hot-tempered Italian spectators who could be hostile to non-Italian race cars.