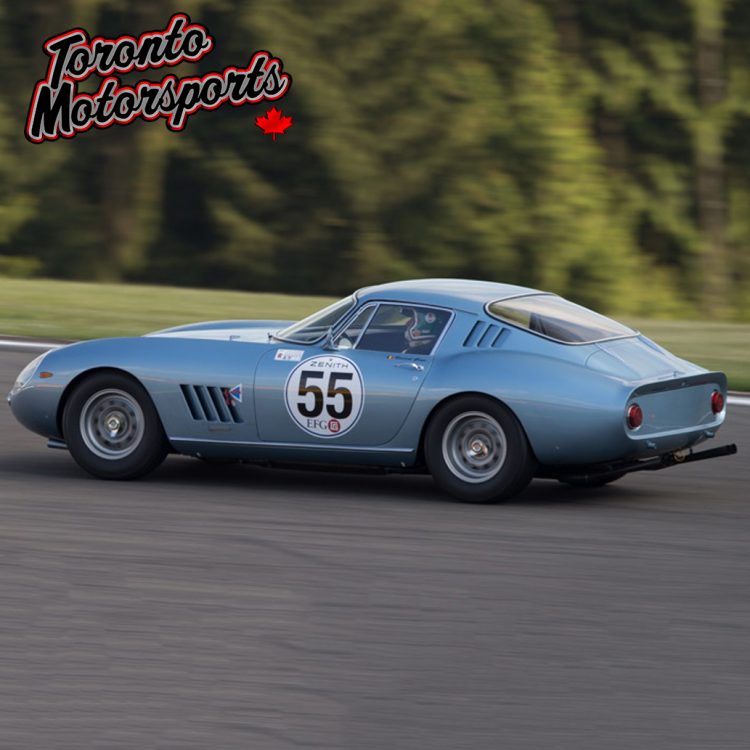 The car with Chassis No. 9057 was ordered through Luigi Chinetti, Ferrari’s US Concessionaire for the North American Racing Team and delivered on Sept. 18, 1966 to Bob Hutchins, the first owner. He briefly raced the car before selling it on to Harley Cluxton, once again through Chinetti’s Ferrari dealership. The car remained in the United States for the next four decades or more, and it was raced extensively throughout the 1990s in historic events.

In 2010, this Ferrari was displayed by Fiskens at Retromobile, Paris 2010 and acquired by Vincent Gaye, a Belgian historic racer. He had the car meticulously prepared so that it is now one of the fastest cars of its type. In its metallic light blue livery and with start number #55, Chassis 9057 was seen during the Second Spa Classic in 2012 and in the Third Spa Classic one year later, where it finished first in the Trofeo Nastro Rosso race 1 and race 2 respectively (races for Italian sports cars and GTs from before 1966).