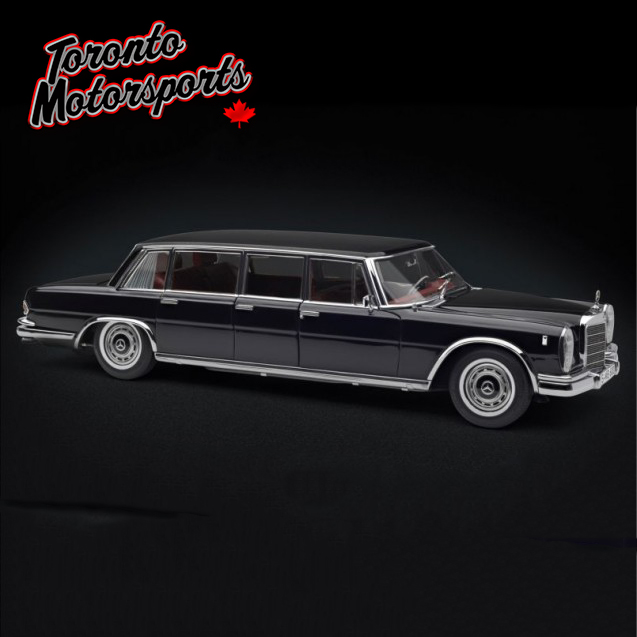 The Mercedes-Benz 600, also known as the W100, was a state-as-art vehicle crafted by the Daimler-Benz during the 1960s and 1970s. This stylish vehicle was used worldwide for and by the upper echelons. It served as an epitome of perfection, high-end technology, comfort, exclusivity and uniqueness. The Pull-mann was and is still the largest passenger car in the post-war era.

In addition to state-sponsored use, international celebrities in politics, business, aristocracy and show business also chose to own and ride in a Mercedes-Benz 600 proudly. The “Big Mercedes” debuted at the Internationale Automobil-Austellung (IAA) in Frankfurt in September 1963. Several editions were off-tered, including Pullmann Limousine, Pullmann Sedan and Pullmann Landaulet.

The four-door sedan is almost two meters wide and 5.54 meters long, whereas the six-door Pullmann Saloon has the stately length of 6.24 meters. The third version is an open-top Pullmann Landaulet. It fea-tures a fixed roof over the driver/chauffeur in the front and a convertible folding roof in the back of the passenger compartment. Two Landaulet versions were available, one with a long rear hood and the other with a short one.

In the rear of the classic Pullmann, two rows of seats were arranged. In the long six-door version, a midd-le row of folding seats was selectable. It was intended for customers traveling with staff or bodyguards.

The vehicles were powered by a V8 injection engine with a displacement of 6.3 liters and an output of 250 hp. Thus, the 2.6-ton limousine was capable of a top speeds up to 205 km/h. In its prime time, the 600 Pullmann was the fastest production sedan in the world.

The comfort of the vehicles was enhanced by air suspension, a comprehensive hydraulic servo system, an electrically adjustable heating and ventilation system, air conditioning, hydraulically adjustable seats, hydraulic windows and sunroofs. As for the interior decorations, the customer could choose between different precious-wood finishes and the finest velor or leather for interior coverage. There was also a bar in the rear with a fridge, car phone and retractable partition.
With this luxury car, Daimler-Benz created a resounding buzz among the international elete, and for decades, the 600 Pullmann was a benchmark that stood in a class of its own.